For a horizontal directional drilling (HDD) installation to be considered difficult or interesting, it doesn’t necessarily mean a long or deep bore, as northern California specialty contractor Empire HDD has experienced.

A bank, whose name is being kept confidential in the interest of bank security, contracted Empire HDD to install two 2-in. conduits for dedicated fiber lines to the bank’s server room in one of their California branches. 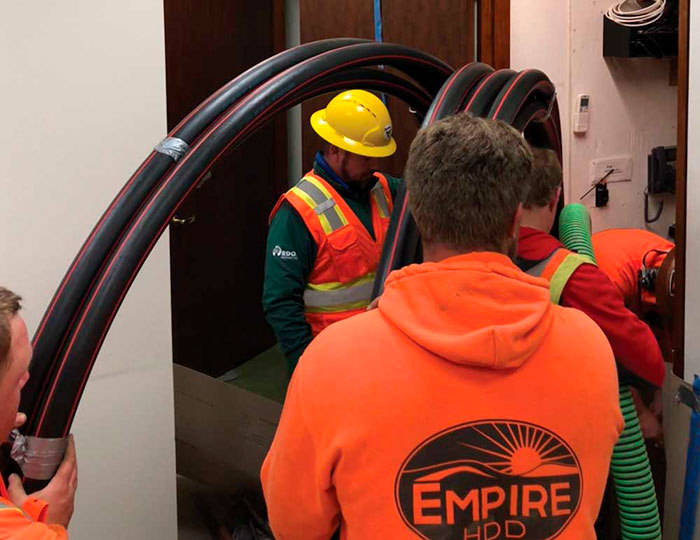 Empire HDD’s roots are in the solar energy installation market with its focus on using HDD to solve difficult installation requirements. The back project was complicated by several factors: passive interference from the 18-in. slabs of rebar-reinforced concrete and the bank’s steel vault, active interference from a Pacific Gas & Electric power line and several alarm systems diagonal to the bore path, lack of line-of-sight from the launch to the exit, and project operating hours of 9 p.m. to 5 a.m. so as not to disrupt the bank’s business.

Empire HDD owner Jeremy Greer knew from previous experience that their current locating system would not be up to this project. Greer contacted RDO Hayward, a Vermeer dealer, for potential locating solutions. RDO suggested Digital Control Inc.’s (DCI’s) DigiTrak Falcon F5 system with the Sub-k Rebar transmitter. DCI California field service manager Anthony Burasco was in California on one of his regular visits and was able to supply his demonstration system for the project.

Lopez had not used the Sub-K Rebar transmitter, but he did have experience using the Falcon F5 locator.  The Falcon F5 locating system incorporates more than 1,000 frequencies and through a user imitated optimization process will automatically select the most appropriate operating frequencies for the job at hand. In short, it provides a customized transmitter for every job.

The Sub-k Rebar transmitter has two distinct sets of frequency bands for dealing with both active and passive interference.  After walking the short 100-ft path and scanning for active interference, he chose band 7, plus band 0.3 for the rebar in the foundation. 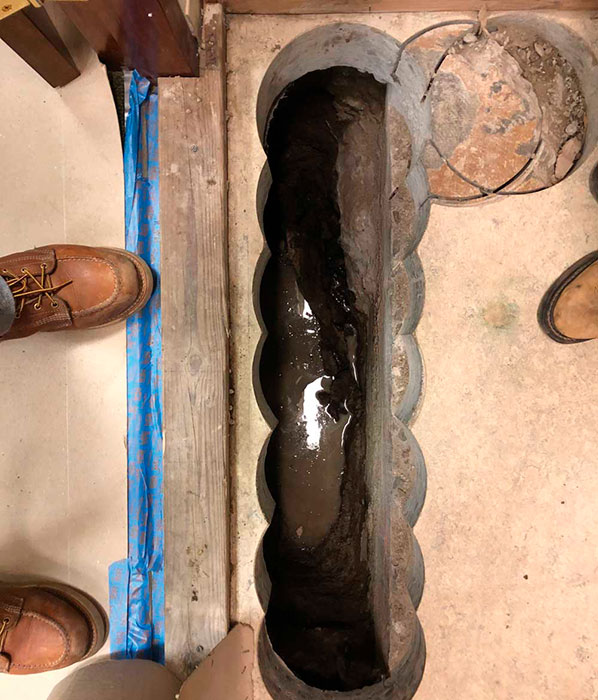 Empire HDD used a 20,000-lb machine that was set up at the curb, 20 ft from the bank’s front entrance. The planned drill path would go under the bank’s lobby, cross under the PG&E line that could not be potholed due to it being located inside the bank’s lobby, and exit in a 6-in. x 18-in. hole cut in the floor of the computer server room adjacent to the bank’s vault.

The drill head was under a concrete sidewalk as soon as it entered the ground at around 1 in the morning.   As it passed beneath the foundation, the locator operator encountered heavy interference from the rebar, but the Sub-k Rebar transmitter performed flawlessly. The combination of the very low frequencies for the rebar and the higher frequencies very effectively dealt with this particular challenge.

On a typical HDD job, the locating crew has the advantage of being able to see the marked drill path both in front of and behind the drill head, making it easier to spot any deviation from the planned heading. Inside the building, this line of sight was lost as the locater moved from room to room. And spray-painting the floor would have been frowned upon by the bank.  Instead, chocolate chip cookies baked by the bank’s security guard for the crew were used instead.

A few rods into the bore, under the bank foyer, a gentle right turn guided the drill head under the cash room. Needless to say, the bank’s security officers closely monitored operations during this portion of the project.

Soil conditions were favorable in the form of relatively uniform clay and presented no drilling challenges. Locating went smoothly and according to Lopez, he was never in doubt of the locating data or position of the drill head. This was proven true when the drill head entered the exit hole at a depth of about 4 ft just after 2:30 a.m. The crew completed pullback of two 2-in. SDR 11 conduits in a half hour around 4 a.m.

Although small in stature, this job is a textbook case in the use of HDD to perform an installation that would have been very difficult and expensive to achieve with traditional means.

Greer contributes the success of the job to the key ingredients of good planning, a great crew, the proper equipment, and “a little luck.”

As most drillers know, a little luck is always helpful. Greer was thankful for the assistance from RDO and DCI. “My team and I were very impressed with the accuracy and capabilities of the DCI guidance system on this challenging project,” he said.

The construction manager for the bank, who traveled to the site to supervise the work, mentioned to Greer that any future HDD work done on bank property would be done with a Falcon system or not done at all.